With works by: Dmitri Shostakovich

“Erik Levi is deeply impressed by the conviction and incisiveness with which cellist Daniel Müller-Schott tackles two of the greatest concertos of the past century.” (BBC Music Magazine, Proms 2008)

"... this CD begins with Shostakovich’s Cello Concerto No. 1: Daniel Müller-Schott is a wonderful musician. The 32-year-old German is helped by his instrument, a Matteo Goffriller cello, circa 1700, of surpassing warmth and depth of tone..... Throughout the disc – the second, bleaker concerto of 1966 is also included – Müller-Schott manages the singular trick of keeping his cello tone rich and gorgeous without lessening the music’s ability to stab the heart. Listen to his lonely eloquence as he climbs up the first concerto’s second movement, and the eerie shiverings at its peak, when cello harmonics join hands with the celesta in an unearthly duet. The second concerto receives an equally febrile performance. ...Timpani thwacks in the second concerto have the impact of an exploding bomb. The bomb explodes, in part, because of Orfeo’s full recording, which gives soloist and the superb orchestra depth, space and rotundity. I know of no other versions of these concertos played or recorded with such polish." (Four Stars, Geoff Brown, The Times June 27, 2008) 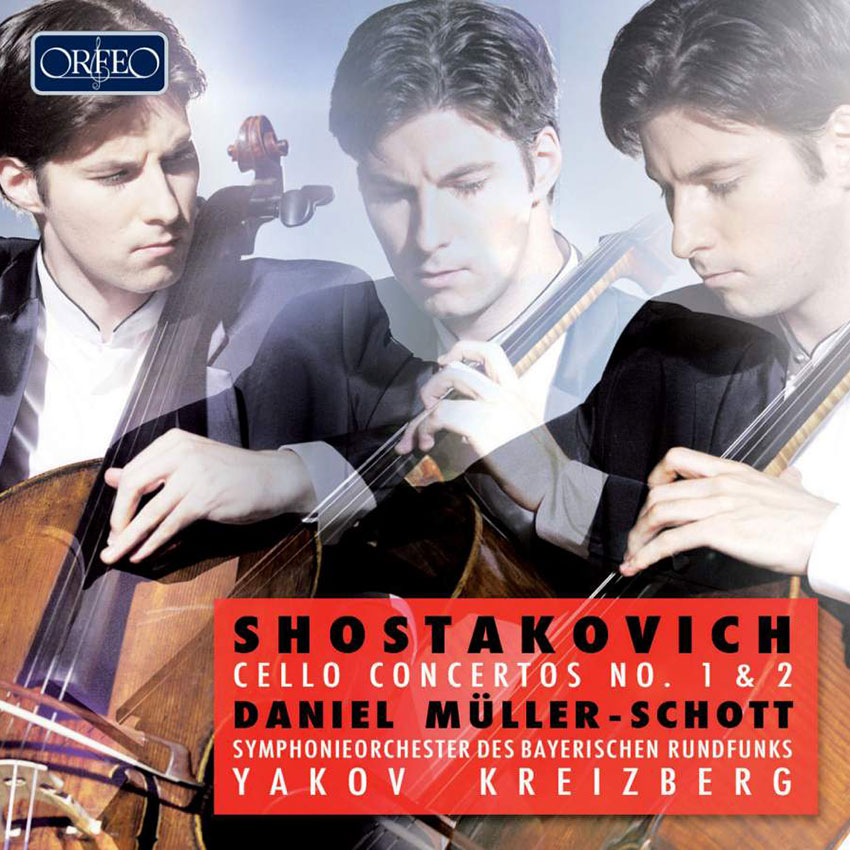