Daniel Müller-Schott is one of the most sought-after cellists in the world and can be heard on all the great international concert stages. For many years he has been enchanting audiences as an ambassador for classical music in the 21st century and as a bridge builder between music and the visual arts. The New York Times refers to his "intensive expressiveness" and describes him as a "fearless player with technique to burn ".

Besides the performance of the main cello concertos from the Baroque to the modern era, Daniel Müller-Schott has a special interest in discovering unknown works and extending the cello repertoire, e.g., with his own transcriptions and through cooperation with contemporary composers.

Sir André Previn and Peter Ruzicka have dedicated cello concertos to him, which were premiered under the direction of the composers with the Gewandhausorchester Leipzig and the Kammerphilharmonie Bremen. Sebastian Currier's "Ghost Trio" was premiered by Daniel Müller-Schott together with Anne-Sophie Mutter and Lambert Orkis at New York's Carnegie Hall. Both the US-born Sebastian Currier as well as Olli Mustonen have composed a cello sonata for Daniel Müller-Schott. For the Beethoven Year 2020, Daniel Müller-Schott premiered Jörg Widmann's "Study about Beethoven" (6th string quartet) in Tokyo with Anne-Sophie Mutter & Friends. The European tour with Widmann's new work, which was cancelled due to the Corona virus, will be made up for in the fall of 2022.

In the 21/22 season, Daniel Müller-Schott will perform together with Filarmonica della Scala and Andrés Orozco-Estrada at the George Enescu Festival and the Dvořák Festival Prague/ opening concert with live TV broadcast. In the spring of 2022, there will be another collaboration with Andrés Orozco-Estrada, this time with the Symphonieorchester des Bayerischen Rundfunks. The cellist is invited to the USA for a concert series with the Dallas Symphony Orchestra under Marc Albrecht. Two tours are on Daniel Müller-Schott's concert calendar: to Asia with Bach's Solo Suites / Seoul and with Tchaikovsky's Rococo Variations with the NHK Symphony Orchestra Tokyo / Vasily Petrenko, and next early summer to Australia with the West Australian Symphony Orchestra / Asher Fisch and the Melbourne Symphony Orchestra / Fabien Gabel. Further concerts are planned with the Copenhagen Philharmonic / Toshiyuki Kamioka, with the Turku Philharmonic Orchestra / Olli Mustonen, with the Frankfurter Opern- und Museumsorchester / Sebastian Weigle, with the Orchestra of the Komische Oper Berlin / Axel Kober as well as with the Budapest Festival Orchestra / Michel Tabachnik. A chamber concert tour leads him together with Emmanuel Tjeknavorian and Anna Vinnitskaya through Europe. As Co-Artistic Director Daniel Müller-Schott can be heard at Vevey Spring Classic Festival 2022 together with his musical friends Janine Jansen, Francesco Piemontesi, Nils Mönkemeyer and Cameristi della Scala under Wilson Hermanto. 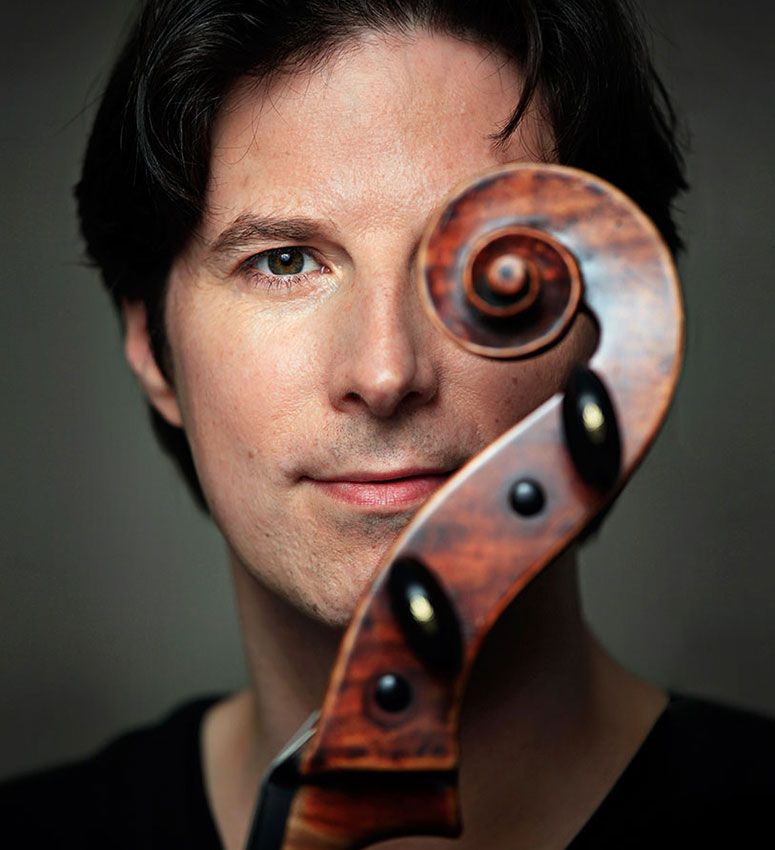 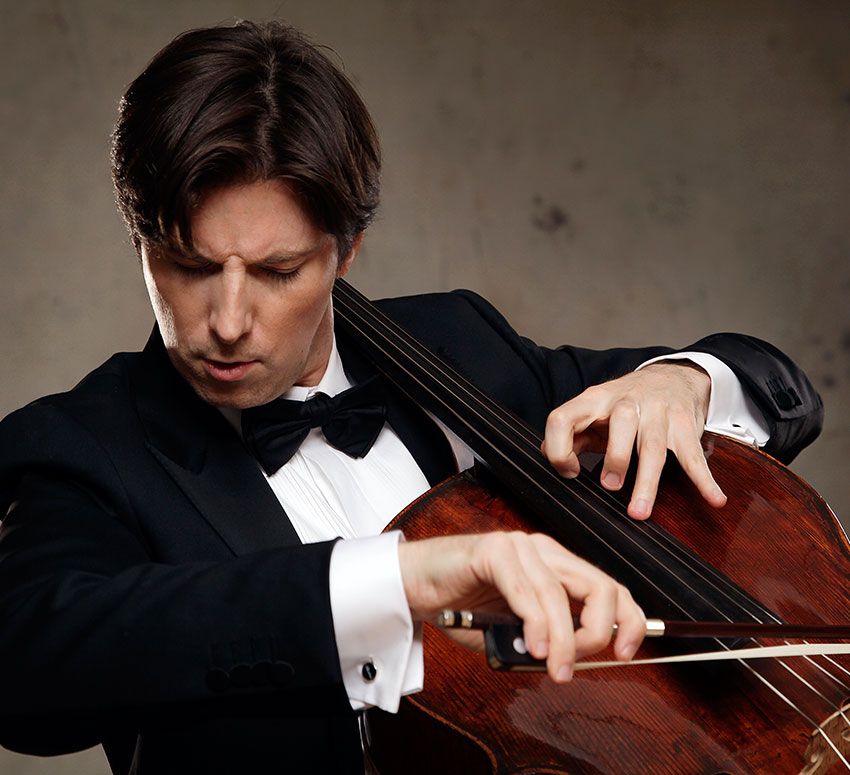 International music festivals regularly invite Daniel Müller-Schott including the London Proms, the Schubertiade, Schleswig-Holstein, Rheingau, Schwetzingen, the Heidelberg Spring Festival and Mecklenburg-Vorpommern, where the cellist has appeared first time as Artistic Director in 2019; and in the USA, festivals in Tanglewood, Ravinia, Bravo! Vail and the Hollywood Bowl in Los Angeles.

Daniel Müller-Schott has been involved for many years in the project "Rhapsody in School". He regularly gives master classes and helps to support young musicians in Europe, the USA, Asia and Australia.

Since his childhood, Daniel Müller-Schott has felt a great love for the music of Johann Sebastian Bach. For his first CD record he chose the Six Suites for Cello Solo for Bach’s jubilee year in 2000.

His recordings have been enthusiastically received by both the public and the press and have also received numerous awards, including the Gramophone Editor’s Choice, Strad Selection, and the BBC Music Magazine’s “CD of the month”. He has been awarded the Quarterly Prize of German Record Critics for his recordings of the Elgar and Walton Cello Concertos with Oslo Philharmonic and André Previn and for his CD of the Shostakovich Cello Concertos recorded with the Bavarian Radio Orchestra and Yakov Kreizberg. In France the "Solo Suites" by Benjamin Britten were awarded with the Diapason d’or and "Dvořák The Cello Works" with the "Choc de Classica". For "Duo Sessions" Daniel Müller-Schott and Julia Fischer received the International Classical Music Award (ICMA) 2017. For the Beethoven year 2020 Daniel Müller-Schott has issued chamber music as part of an extensive Beethoven-Jubilee-Box - the last musical ideas by Ludwig van Beethoven - on Deutsche Grammophon. This fall, the ORFEO label will release his new CD "Four Visions of France". The cellist has recorded the French cello concertos by Saint-Saëns, Fauré, Honegger and Lalo together with the Deutsches Symphonie-Orchester Berlin and Alexandre Bloch.

Daniel Müller-Schott can be regularly seen and heard on national and international radio broadcasters and on the TV channels ARD, ZDF, ARTE and 3Sat as a soloist in concert recordings and as an interview guest. In summer 2020 the cellist was guest in two episodes at HOPE@HOME - ON TOUR: on the Elmauer Alp, which became an outdoor concert hall and in Schloss Elmau with Thomas Hampson, Julia Okruashvili and Daniel Hope. In live streams broadcast worldwide, Daniel Müller-Schott could be heard during the Corona Pandemic together with Julia Fischer, among others, performing the Brahms Double Concerto in the anniversary concert "75 Years of the NDR Orchestra" under Alan Gilbert, as well as at the UN anniversary with L'Orchestre de la Suisse Romande under Domingo Hindoyan.

Daniel Müller-Schott studied under Walter Nothas, Heinrich Schiff and Steven Isserlis. He was supported personally by Anne-Sophie Mutter and received, among other things, the Aida Stucki Prize as well as a year of private tuition under Mstislaw Rostropovich. At the age of fifteen, Daniel Müller-Schott won the first prize at the International Tchaikovsky Competition for Young Musicians in 1992 in Moscow.

For the historic celebration on the Day of German Unity in 2018 and in Memoriam to his deceased teacher Mstislav Rostropovich Daniel Müller-Schott played in front of about 500,000 listeners at the Brandenburg Gate in Berlin music by Johann Sebastian Bach.

Beside the music Daniel Müller-Schott has also a considerable affinity for the fine arts, in particular for French paintings of the 19th century. During his travels he always visits the major museums, seeing the great masters in the original. The cellist regularly takes part in art projects himself, for example in the "Street Art project” in Munich, Berlin (ARTE), Melbourne 2016 and as Artistic Director of the Classical Music Spring Festival Rugen 2010. On current occasion, Daniel Müller-Schott participated in "FOR FREE*", an exhibition project curated by the artist Daniel Man at the Binder Gallery in Munich.

Daniel Müller-Schott plays the “Ex Shapiro” Matteo Goffriller cello, made in Venice in 1727.